She Named Her Daughters After Witches & Other Lies About Sarah Palin 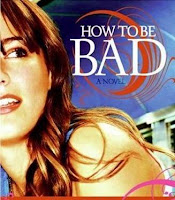 What do Sarah Palin and Hillary Rodham Clinton have in common? The reptilian brain in charge of the national discourse can't ensure that uppity women are literally burned at the stake these days, but it can do its damnedest to make Sarah into an extremist radical witch rivaled only by Hillary Rodham Clinton.

Because it's just not scary enough or entertaining enough that Sarah Palin is a Republican pol with all the usual Republican positions. (And some of her positions are remarkably similar to Obama's.) The Sarah Palin frenzy has been going on since the day McCain startled the hell out of the Dems by putting a woman back into the presidential race. Flip on any cable news channel and the first words you'll likely hear are 'Sarah Palin.' Once obsessed with Hillary, the media, old and new, now have Sarah to obsess over.

And on and on, the lies just keep on coming. What was the purple state of Alaska thinking when it gave Governor Palin an 80% approval rating? Some of the volumes of desperate lies about Sarah Palin that are now racing around the lefty internet and the infamously irresponsible mainstream media are debunked by FactCheck.org. More debunking is in the works. In the meantime, be careful about what you choose to believe about Sarah Palin:

* Palin did not cut funding for special needs education in Alaska by 62 percent. She didn’t cut it at all. In fact, she tripled per-pupil funding over just three years.

* She did not demand that books be banned from the Wasilla library. Some of the books on a widely circulated list were not even in print at the time. The librarian has said Palin asked a "What if?" question, but the librarian continued in her job through most of Palin's first term.

* She was never a member of the Alaskan Independence Party, a group that wants Alaskans to vote on whether they wish to secede from the United States. She’s been registered as a Republican since May 1982.

* Palin never endorsed or supported Pat Buchanan for president. She once wore a Buchanan button as a "courtesty" when he visited Wasilla, but shortly afterward she was appointed to co-chair of the campaign of Steve Forbes in the state.

* Palin has not pushed for teaching creationism in Alaska's schools. She has said that students should be allowed to "debate both sides" of the evolution question, but she also said creationism "doesn't have to be part of the curriculum."

Another thing Sarah and Hillary have in common: the thought of either of the women with a gun in her hand gives Barack Obama great amusement. The Democratic presidential candidate hasn't yet ridiculed Sarah Palin by mocking her as a modern day Annie Oakley -- as he did to Hillary Clinton -- but Barack Obama is once again getting laughs with the strategic use of gender:

Palin's bio is "compelling," Obama said. The crowd booed. "No, it's an interesting story." More boos. "No, no, it is. I mean that sincerely. Mother, governor, moose shooter."