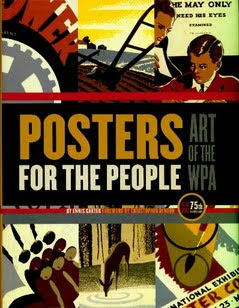 File this one under Reliving the 1990s. Right-wing bloggers are blasting outraged screaming headlines about a new "explosive" scandal. Apparently they found this "new" "explosive" scandal by watching old Fox News tapes of established liar Glenn Beck's show. But then if you are a Republican, the National Endowment for Arts is always scandalous.
Glenn Beck gets most of his stories from Drudge protégé Andrew Breitbart. Republican scandal-monger Andrew Breitbart (who has an, um, revealing obsession with all things BIG), creator of the BIG Government and BIG Hollywood websites, claims that the White House is soliciting partisan art via the NEA. By partisan, Andrew "BIG" Breitbart appears to have in mind art that promotes public service, or art about controversial subjects such as access to education and health care. Breitbart claims to have obtained a tape of an "explosive!" conference call in which progressive artists allegedly conspire with the White House on the subject of creating progressive art. Shocking, I know. And FDR is rolling over in his undoubtedly progressively partisan grave. 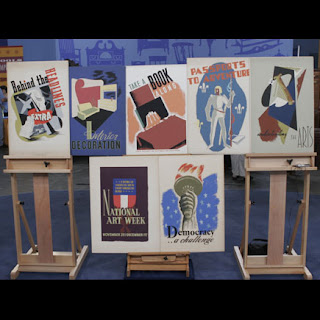 But the call is actually far more benign. It appears to have been organized by a group of progressive artists who want to, through their art, raise public awareness about various issues they care about. Invited to participate on the call were a low-level staffer from the White House Office of Public Engagement and the former Communications Director at the NEA (he was apparently transferred to another position at the NEA after this story broke).

I'm glad that Andrew "BIG" Breitbart has moved on from persecuting poor people, but this is just silly. If there are any Republican artists, they are free to apply for grants from the NEA for anti health care reform art or anti education art or whatever.

After the Bush Administration got away with an explicit policy of hiring conservatives and firing liberals in the Department of Justice, for gawd's sake, even if the White House is explicitly encouraging progressive art in the mode of FDR's WPA Art projects, so freaking what? Besides, if progressive art is so dangerously persuasive, maybe it will do us all a favor and influence centrist President Obama.