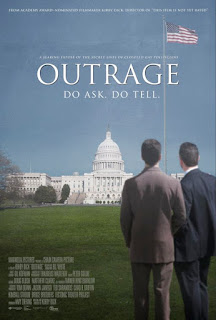 Outrage is the controversial documentary about the tactic of outing the hypocritical closeted gay politicians who harm and destroy the lives of gays and lesbians with homophobic rhetoric, policy and legislation.

The film presents evidence supporting the contention that potential presidential candidate and current Florida Governor Charlie Crist is one of those closeted gays.

HBO will begin airing the documentary on October 5. [via BlogActive]