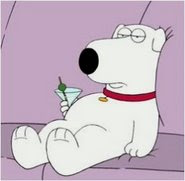 Ahem, would anyone like to venture a guess as to why Barack Obama saved his criticism of Move On until after the Democratic primary? And how many millions did Move On raise and spend on Barack Obama's behalf anyway? Some might say that Move On failed to read the tea leaves.

UPDATE - Matt Stoller observes that this is all part of Obama's master plan to Be the Power or "eliminate all vulnerable competing power centers, and this includes Moveon and Clark:" I wouldn't be surprised to see Moveon take a hit in donations and activism for this, but then, it's possible that the membership is frustrated over FISA and the opposite will occur. He can undermine Clark by damaging his reputation, taking Clark's comments out of context and then using a straw man to pretend like Clark had attacked McCain's service. Media Matters documents that this is not what Clark said, but Obama's imperative is not to the truth but to increase his own range of action within the party.

Finally, here's a comment seen at Crooks and Liars: Can we draft Hillary at the Convention?