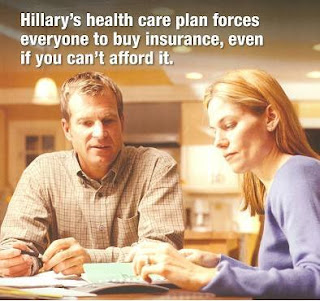 What the hell is Obama thinking?

The couple in the photo with the GOP style caption bear a striking resemblance to Harry and Louise - the stars of the infamous tv ads in the multi-million dollar campaign that convinced the American people that universal health care was a really scary idea.

This is as low as it gets! 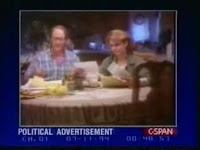 Sen. Obama fails to mention Hillary's plan cuts costs just as aggressively as Sen. Obama, if not more so.

Hillary's plan contains more generous subsidies than the Obama plan. Noted health expert Ken Thorpe of Emory University concluded that under the Hillary plan, everyone will be able to afford coverage.

The Obama plan leaves 15 million people out, which drives up costs because everyone else ends up subsidizing their emergency care.

via the Fact Hub

"[A]ll the Democratic plans include subsidies to lower-income families to help them pay for insurance, plus a promise to increase the subsidies if they prove insufficient. In fact, the Edwards and Clinton plans contain more money for such subsidies than the Obama plan. If low-income families find insurance unaffordable under these plans, they’ll find it even less affordable under the Obama plan." -- Paul Krugman

Obama does Harry and Louise, again

"Universal health care is such a core Democratic principle that I am willing to go to the mat for it." -- Hillary Clinton