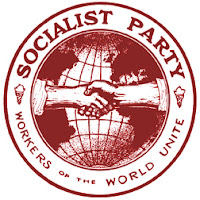 If you've been doing your share of rightwing monitoring, you know they're taking Obama seriously. The National Journal just released their 27th Annual Vote Ratings for 2007, and lo and behold, Barack Obama has won first place as the #1 most liberal senator. And the news is spreading rapidly.

And just in time for the election! What a coincidence! John McCain is totally salivating.

A lot of people use the ranking system of the wannabe social scientists at the National Journal; it's cited in otherwise reputable publications. I've used it myself. What a waste of my time. See Steve Benen for some details on the National Journal's really pathetic methodology.

But somebody besides the Heritage Foundation has to make stuff up for the RNC. And it's certainly been a fun week for the RNC wingnuts in charge of defining Obama. First Obama got the endorsement of the baddest liberal on the planet. Now he's officially the most liberal senator on the planet. The scary 'Obama is an ultra liberal' videos are definitely in the works, if they're not already over at Youtube.

Maybe Obama will awaken from his post-partisan delusions and come down to earth and join us in the cultural war before they finish him off as more liberal, more polarizing and more divisive than Hillary Clinton! I can hardly wait for the movie.

Chris Bowers plugs the Progressive Punch ranking system which looks considerably more realistic: "Progressive Punch produces very different rankings between Clinton and Obama. According to their metrics, Clinton ranks 29th in 2007-2008, while Obama ranks 43rd. When the "chips are down" on the most important votes, Lifetime, Clinton comes in at a tie for 17th, with Obama ranks 24th."

Maybe Hillary will get a break now that they have Obama to kick around.