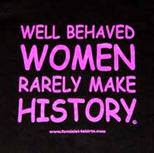 In Rhode Island yesterday, Hillary poked fun at Obama's campaign theme -- which holds that He Is The One, the One and only unity candidate who can heal the nation and end the cultural divisions. Obama will be the liberal Ronald Reagan, if only you will have faith and vote for the inexperienced candidate.

“I can stand up here and say...let’s get unified, the sky will open, the light will come down...But I have no illusions,” Clinton said.

Kevin Drum, who admits he 'rolled the dice' when he voted for Obama, weighs in on the inexperienced candidate:

I really think that Obama partisans are missing the point here. Like it or not, most voters have a sort of vague operational view of experience that means something like "involvement in big league politics." And on that score, Hillary gets 15 years: 8 years as an activist first lady and 7 years as U.S. senator. Obama, conversely, gets a total of 3 years as U.S. senator. It may seem unfair that his eight years in the Illinois legislature don't count, but for most people they just don't. Being a backbench state legislator just isn't big league politics.

Seen through this lens, the problem with Obama isn't that he's less experienced than Hillary, but that he's inexperienced, full stop. And again, like it or not, John McCain will certainly use that as an argument in the general election campaign in a way he couldn't against Hillary. . If McCain tried to paint Hillary as inexperienced, it would be a waste of breath. Nobody would buy it. . . The American public hasn't elected someone with as little big-time experience as Obama in the past century.

“I’m not asking you to take a leap of faith on me. I’m asking you to look at the record.”
-- Hillary Rodham Clinton
Ready Day One Definition with Surgeon Analogy
Obama Knocks Clinton, But Wouldn't Ax NAFTA