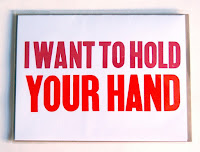 Gawd. You read that right. Tennessee's idiot GOP wannabe-tyrant lawmakers are at it again. If lawmakers have their way, the state's children will soon be instructed that holding hands is, ahem, a dreadful "gateway sexual activity."

Banning Valentine's Day is surely on the wannabe-tyrants' agenda. Leave it to these mostly old white male lawmakers to make the expression of sweet affection into something similar to illegal drugs.

Teachers caught holding hands can be sued. I know some freaking lawmakers who need to be sued for pushing their extreme negative right-wing worldview on a whole lot of people who are just trying to have a nice life. Good luck with that in a GOP wannabe-tyrant controlled state.


Just how many freaking stupid laws do we really need anyway? In the so-called land of the free?
Tennessee senators approved an update to the state's abstinence-based sex education law that includes warnings against "gateway sexual activity." In a new family life instructions bill, holding hands and kissing could be considered gateways to sex. . . The bill prohibits teachers from demonstrating gateway sexual activity. . If an instructor goes beyond the curriculum, the bill gives parents more legal rights, stating, "The parent or legal guardian shall have a cause of action against the instructor or organization for actual damages."


Truth Wins Out: Holding Hands Is Gateway Drug To Nookie, Tennessee Senate Warns - Just when you thought Tennessee lawmakers were taking a few weeks off from being the strangest, most sexually hung-up lawmakers in the land, they decided to come back with a vengeance..