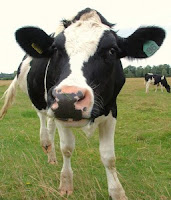 At this point, though, Obama is on the spot: he has to fire Simpson, or turn the whole thing into a combination of farce and tragedy — the farce being the nature of the co-chair, the tragedy being that Democrats are so afraid of Republicans that nothing, absolutely nothing, will get them sanctioned.

When you have a commission dedicated to the common good, and the co-chair dismisses Social Security as a “milk cow with 310 million tits,” you either have to get rid of him or admit that you’re completely, um, cowed by the right wing, that IOKIYAR rules completely. . He has to go.

Meanwhile, NOW is asking members and supporters to "send $5 for the organization to send baby bottle nipples to the White House as part of its campaign to oust Simpson."


"Simpson's rant is a nasty reminder of how ageist and sexist some of our leaders still are."
-- Terry O'Neill
TGW: Where Does President Obama Find All the Sexist Frat Boys?