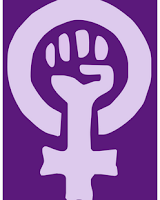 Peter Daou has an interesting piece at Huffington Post about Obama's Cairo speech. Daou is the blogger who left his blog, The Daou Report, in order to serve as Hillary Rodham Clinton's campaign internet adviser.

Daou addresses the utter limpness of Obama's treatment of women's rights. In his speech to a predominantly Muslim audience in Egypt, Obama -- who is said to be what a feminist looks like -- limited his remarks about women's rights to women's need for education and micro loans and women's right to wear the hijab.

Yeah, women need that. But what women really need is for Muslim men to stop stoning them to death!

In Cairo as in Chicago, Obama was careful not to offend the brothers. It reminded me of candidate Obama's lame rebuke of misogynist Bernie Mac. After alleged comedian and proven misogynist Bernie Mac introduced Obama by making 'jokes' about living with "hos" (one of them being Mac's wife), Obama suggested that the sexist should clean up his act. Then the code of the brothers kicked in, and Obama took it all back with the remark: "I'm just messin' with you, man."

It's worth a visit to Huff Post to read Peter Daou's entire piece, here's an excerpt:

With women being stoned, raped, abused, battered, mutilated, and slaughtered on a daily basis across the globe, violence that is so often perpetrated in the name of religion, the most our president can speak about is protecting their right to wear the hijab? I would have been much more heartened if the preponderance of the speech had been about how in the 21st century, we CANNOT tolerate the pervasive abuse of our mothers and sisters and daughters. . .

Enough with the perpetual campaign. True justice, true peace, these are earned through courageous decisions and bold actions. Real truth to power.