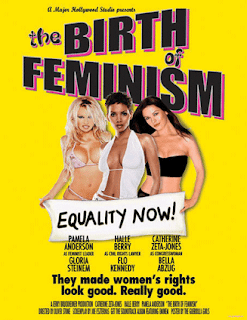 Like pretty well everyone else on the left, the National Organization for Women (NOW) has condemned Obama's selection of Rick Warren as the official deliverer of the inaugural invocation.

The Human Rights Campaign and People for the American Way are among the many lefty groups that have condemned the choice of Rick Warren in no uncertain terms.

And the Feminist Majority Foundation has offered "feminist concern." Well, I guess that beats feminist apathy.

Not one of the above groups said a critical word of "feminist concern" about Obama speech-writer Jon Favreau's 'little joke' about sexual assault and Hillary Rodham Clinton.

Why do you think that is?

Were groups like HRC and PFAW merely following NOW's failure to lead? NOW's silence was, and continues to be, deafening. It appears that NOW waits to see the response of the boyz groups before making a move.