Maxine Waters on Real Time: Escalating the War In Afghanistan Isn't the Change We Wanted (Video) 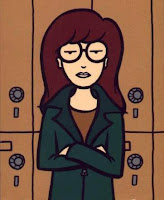 Bill Maher's sexist HBO show, Real Time was back on the air Friday night. I missed it, and this time I missed more than Bill's usual misogyny. Rep. Maxine Waters announced to Bill's liberal audience that the Congressional Progressive Caucus is set to communicate to Obama their alarm and fear of his apparent plan to expand the war in Afghanistan.

Other things I missed include the all time record breaking and astounding number of women (!) on Maher's show. Tina Brown, Chrystia Freeland and Maxine Waters were all on the same show!

I can't help wondering how many photo-shopped nude photos -- of Tina Brown, Chrystia Freeland and Maxine Waters -- Bill displayed and joked about before the misogynist laughingly brought the women out. [snark]


It's not very often news breaks on HBO's Real Time with Bill Maher, but the season premiere Friday night did just that. Rep. Maxine Waters, a California Democrat who co-founded the Out of Iraq Caucus, told Maher she is concerned about President Obama's announcement he is sending 17,000 more troops and support to Afghanistan. She was a Hillary Clinton backer during the primary fight, but said lots of complimentary things about Obama on Maher's show until she started talking about Afghanistan.

Waters said the members of Congress' Progressive Caucus plan to tell Obama about their fears. "We don't want to substitute Afghanistan for Iraq," she said. "We don't want to send our young people off to war without really understanding what we're doing ... what I'm worried about is an expansion," Waters said.