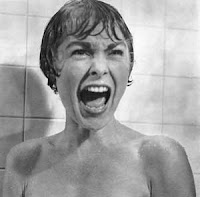 Clinton-hating NBC wants you to know that Bill Clinton will speak at the Democratic Convention. Did anyone imagine that he would not? Is the Democratic Obamacratic Party really that far gone?

Never mind. NBC wants you to know that Bill Clinton will speak at the Democratic National Convention, but only because Obama thinks that's the way "to quiet talk of the Obama-Clinton drama."

Let's see if I have this right. The former president will speak at the Democratic Convention in order to get the media to cool it with the perpetual 24/7 trashing of the Clintons?

Gawd. Can we please get term limits for the pundits? Actually, there appears to be no way to quiet the Clinton-hating, gossip-driven media. Oh well, if Obama should happen to win, the sicko pundits will undoubtedly ease up on the Clinton hatred in order to turn the relentless venom on to Barack and Michelle Obama.

From NBC's Andrea Mitchell: NBC News has learned that the Obama campaign, in an effort to quiet talk of the Obama-Clinton drama, has offered Bill Clinton a speaking role on Wednesday night at the Democratic convention -- before the vice presidential running mate speaks. Sources say that Clinton in fact will speak. The campaign rushed tonight to resolve the issue after network news reports about the Clintons and Obama.

Is Junk Media Making You Sick?
via Stop Big Media

Alegre's Corner: Bill To Speak at Convention . . BHO craps all over the notion of a catharsis for Hillary's delegates at our party's convention.