Sexist Quote of the Day: When a Wife Wants to be President 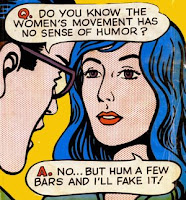