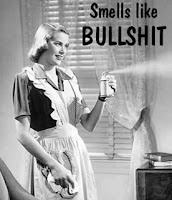 The amount of Clinton bashing in the S.C. primary coverage on MSNBC and CNN last night was astounding. What an amazing phenomenom. I don't recall ever seeing so much overt and shameless media bias in any previous election. I may as well be watching Fox News.

The vicious media bias against all things Clinton -- or against Hillary's bid for the presidency -- is not good for Obama or the Democratic Party. Eventually, the pack will turn on Obama; it's just a matter of time until they discover that he's human too. It may be naïve to think that anyone other than the media picks our candidates.

Craig Crawford is one of the few journalists who is not running with the pack:

"You know, I have sat down here in Florida for the last month. And I have watched the coverage, and I really think the evidence-free bias against the Clintons in the media borders on mental illness. I mean, I think when Dr. Phil gets done with Britney [Spears], he ought to go to Washington and stage an intervention at the National Press Club.

I mean, we've gotten into a situation where if you try to be fair to the Clintons, if you try to be objective, if you try to say, "Well, where's the evidence of racism in the Clinton campaign?" you're accused of being a naïve shill for the Clintons. I mean, I think if somebody came out today and said that Bill Clinton -- if the town drunk in Columbia [South Carolina] came out and said, "Bill Clinton last night was poisoning the drinking water in Obama precincts," the media would say, "Ah, there goes Clinton again. You can't trust him." I really think it's a problem. You know what? You guys make him stronger with this bashing. This actually is what makes the Clintons stronger." -- read more

Vote for the worst political pundit over at TalkLeft.