Men Are Scum Until Proven Otherwise 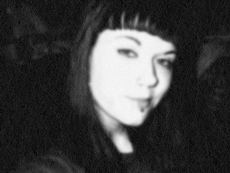 This sweet little slip of a girl is my baby, my youngest daughter -- before and after her face was pummeled this week by her now ex-boyfriend.

It happened here in East Nashville. 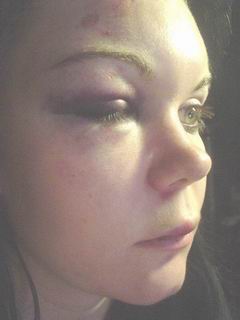 I thought long and hard about whether or not to post this. but why should he ever have another girlfriend -- or victim?

His name is Mathew Allen White, he lives with his parents in LaVergne, Tennessee and recently moved to Tennessee from California. He's a muscian and calls his one beast band, Monotone Sickness. 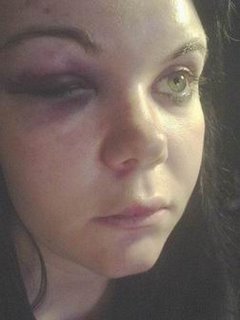 The sub-human was planning to be in Honolulu this week, but alas he's in jail instead. They say they'll call us when he's released. Under the Order of Protection now in force, if he comes to our house, or calls or emails, he'll go back to jail for ten days. If he does it twice, he can get up to a year.

At least, that's what we were told.

My baby has learned this lesson the hard way, the way that so very many girls and women learn it: men are utter scum until proven otherwise.

"YW Domestic Violence Services provides community based and residential services for women and children who are in dangerous relationships. Call the Domestic Violence Hot Line (615)242-1199 or 1 (800) 334-4628. For consultation by email: askchris@ywcanashville.com."