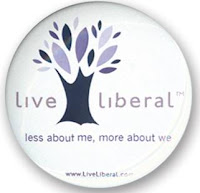 Good news for those of us worried about our friends and neighbors and getting or keeping our jobs. The stimulus bill passed the senate, at long last!

True to the Bush train-wreck philosophy of every woman, child, man, and dog for her/himself, a mere 3 Republicans voted for it.

The naysayers are entirely Republican, many of whom barely even believe in government. How these people manage to justify having jobs in government -- when they believe it to be inherently evil -- is a mind-boggling mystery.

The Senate passed the $838 billion stimulus plan with one vote to spare -- 61-37 -- moments ago, sending the bill to President Obama's desk for signing, after the two houses conference. . . Republicans voting for the stimulus include both Maine senators, Olympia Snowe and Susan Collins, and Sen. Arlen Specter (R-Penn.).