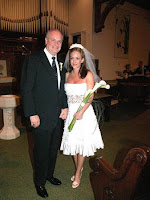 I remember when the ultra right-wing Fred Thompson was playing at being a folksy down-home boy who owned a red pick-up truck here in Tennessee. For those of you who don't recall, Media Matters recounts the embarrassing and laughable tale.

Yes, it's yet more evidence that longtime lobbyist and Hollywood actor Fred Thompson -- aka, the Tennessee Stud -- is sometimes a politician and always an actor.

So when longtime lobbyist and Hollywood actor Fred Thompson -- a man who once rented a red pickup truck in order to campaign in Tennessee as a man of the people -- indicated . . that he would seek the Republican presidential nomination, we knew how the media would describe him: Authentic. Folksy.

Let's back up a moment: Thompson didn't even drive the rented pickup, as The Washington Monthly reported in 1996:

Finishing his talk, Thompson shakes a few hands, then walks out with the rest of the crowd to the red pickup truck he made famous during his 1994 Senate campaign. My friend stands talking with her colleagues as the senator is driven away by a blond, all-American staffer. A few minutes later, my friend gets into her car to head home. As she pulls up to the stop sign at the parking lot exit, rolling up to the intersection is Senator Thompson, now behind the wheel of a sweet silver luxury sedan. He gives my friend a slight nod as he drives past. Turning onto the main road, my friend passes the school's small, side parking area. Lo and behold: There sits the abandoned red pickup, along with the all-American staffer.

The pickup was, literally, a rented prop designed to help a wealthy actor/Washington lobbyist/trial lawyer play the role of salt-of-the-earth populist.