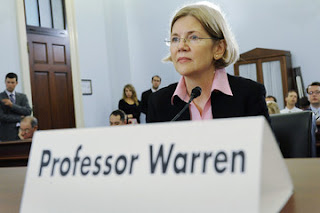 Brown was responding to a crack Warren made in Tuesday’s debate, when the Democrat was asked about Scott Brown using his centerfold spread in Cosmopolitan magazine decades ago to pay for college. Warren said that she “didn’t take her clothes off” to pay for school. Asked by the WZLX disc jockey for a response, Brown said “Thank God,” eliciting laughter from the DJs.

What Elizabeth Warren actually said: When a student pointed out that Brown posed bare-chested for Cosmopolitan magazine to pay for college and asked how she paid for college, Warren replied: “I kept my clothes on.”