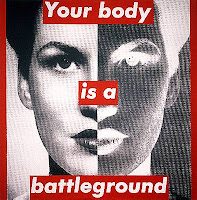 So the Drama Kings of D.C. called off their government shutdown show late last night. Obama strove to paint it as a victory. With tax breaks for millionaires, get out of taxes cards for GE, and ‘historic’ cuts for the poor, I think we know whose victory this was.

Oh, and this should come as no surprise - lunatic Republicans won another concession on abortion, but it's only those poor women in D.C. Yeah, that would be predominantly black D.C. Obama wouldn't be Obama if he wasn't throwing women under the bus. Anti-choice lawmakers twisted arms and got Obama to give them "a provision to ban the use of federal or local [same thing] government funds to pay for abortions in the District of Columbia." For the love of god, can we all just please meet on Facebook and agree to vote 3rd party?