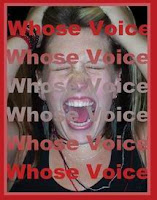 Sexist Quote of the Day

… As Hunter [S. Thompson] said, “When the going gets weird, the weird turn pro.” Sarah Palin makes Mark Foley, the congressman who sent filthy emails to pages look almost normal. She makes David Vitter, the senator who was hanging out with hookers, look almost boring. She makes Larry Craig, caught hitting on a cop in a men’s room, look almost stable. She makes John Ensign, the senator who was having an affair with a staffer, look almost humdrum (and compared to the rest of the GOP whack-jobs, he is). And she makes Mark Sanford, the governor with the Latin lover, look positively predictable. … 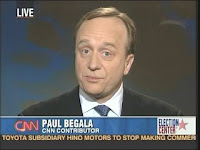 In the entire history of this nation, Sarah Palin is only the second woman to make it on to the presidential ticket of a major political party. For that crime, Paul Begala compares the woman to men who have been caught in sex crimes. Like countless men before him, the high profile Democrat calls the ambitious woman a prostitute, a whore. That'll teach her to take a man's job! Paul Begala, liberal commentator for CNN, speaks for the Left. I've been on the Left all my life, yet this vile sexist Democrat doesn't speak for me.