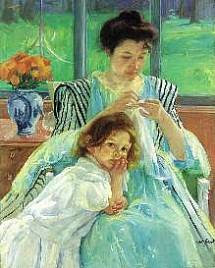 John McCain knew what he was doing when he chose Sarah Palin for his VP. Already the male dominated lefty blogosphere is exploding with misogyny. And all of those alienated women voters, who were thinking of coming back to the Democratic Party, are thinking again.

The 'progressive' men are actually counting the months of the woman's pregnancies! That's right folks. The formerly progressive netroots is trying to bring Sarah Palin down by proving that she is a slut! The menz over at Americablog (and followers) fervently hope to prove that one of Sarah Palin's children was conceived "out of wedlock!"

This story is not to be confused with the ongoing netroots effort to shame the Palin family by proving that Sarah Palin's teenage daughter is a slut.

A woman enters the presidential race and suddenly the progressive mission is to shame and mortify Sarah Palin, her children, her husband, and every woman who has ever found herself in a similar situation. And then no one will ever vote for Sarah Palin again because she's a slut!?!?

John Aravosis imagines that we are still living in the Victorian Era when women were so devastated by public shaming that they committed suicide. Way to go John Aravosis! And we thought you already held the record for alienating women voters with your vile misogynistic posts about Hillary Rodham Clinton. There's just something about ambitious women that brings out the inner misogynistic creep.

And note John Aravosis' sick and puritanically deranged premise that an "out of wedlock" conception equates to an 'illegitimate' child! Many of us thought we had finally retired that sick and child-abusive term back in the 1960s!

Americablog - Sarah Palin and children conceived out of wedlock - an uncomfortable question needs to be posed:

Joe and I discussed this post before writing it. We weren't even sure we were comfortable posting this because, as Democrats and progressives, we don't pass judgment on children born out of wedlock, or their parents. . . But . . .

1. Sarah Palin's first son, Track Palin, was born in April 1989 (we don't have the exact day). Actually now we do, courtesy of FOX News' Alan Colmes. He was born on April 20. For the purposes of this analysis, we will give Sarah Palin the benefit of the doubt and assume that her son was born on April 30, 1989, the longest possible April date from her marriage.

3. 38 weeks is the typical human pregnancy.

5. If this data is correct, that would mean that Sarah Palin eloped four weeks after her son's conception.

6. Sarah Palin's son could still be legitimate if he was born four weeks premature, AND if he was conceived on the night his parents eloped. . .

Again, Joe and I aren't very comfortable discussing these kind of issues . .