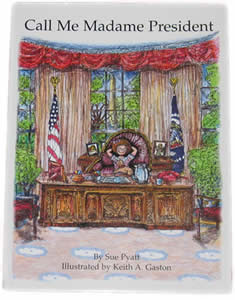 I googled pansy and all I got was a bunch of flowers. Nevertheless, the Obamazombies are horrified and aghast and pointing their grievously offended fingers at Hillary Rodham Clinton for the heinous crime of PansyGate.

Did you hear about Hillary's latest shockingly grievous crime? If not, then you haven't been to Obamablog or the Daily Clinton Derangement Syndrome today. John Aravosis has the scoop. To make a long story short, when the Governor of North Carolina endorsed Hillary today, he said:

Obviously, I'm out of the loop. I had no idea that using the word pansy in this way means you are homophobic. Admittedly, I'm so accustomed to the everyday insults and slurs aimed at all things feminine that it's difficult for me to summon sufficient outrage over PansyGate. Women are called far worse things than pansies everyday and no one bats an eye.

John Aravosis doesn't have that problem. John is bursting with outrage. But John's outrage is NOT directed at Governor Easley (D-N.C.). Nope. On Obamablog, the worst offender is always the All Powerful & Always Evil Hillary Rodham Clinton. Hillary's crime? She laughed. She didn't renounce and reject the Governor on the spot. Worse yet, Hillary actually made the Governor say pansy! The bitch!

Think I'm exaggerating? Take a look at the headlines of 3 of John's hottest posts:

Hillary's top NC surrogate bashes gays in front of her this morning, she does nothing

I am amazed that Team Hillary seems to think that in order to woo votes in North Carolina they need to pander to bigotry. Talk about an elitist attitude. We still haven't heard Hillary reject and denounce the anti-gay slur said right in front of her, said while she laughed about it. Maybe that will be coming tomorrow. Or maybe Hillary doesn't want to say the word gay, and worse yet, do something pro-gay right before the North Carolina primary. Tick tock tick tock. . .

Andrew Sullivan weighs in...
. . [H]er surrogate is accusing her opponent of being a "pansy." Classy - but vintage Clinton. Never miss an opportunity to exploit homophobia.

[E]verything in the Clinton campaign is scripted - so who wrote that line, and why?

Ah yes, the Obamazombies have a new mystery to solve. Exactly who in the Clinton campaign is responsible for writing Governor Easley's hateful line? And why did the bitch order them to do it? And how many homophobic votes will Hillary get because of PansyGate?

Gawd. What has happened to the reality based community?