Obama Might Want to Rethink Taking Our Votes for Granted 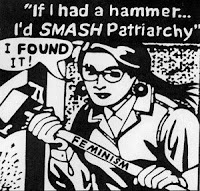 At the outset of the Democratic primary, I was enthusiastic about the historic candidacies of both Hillary Rodham Clinton and Barack Obama. Like a lot of Hillary's supporters, I count myself among those who have a track record of fighting for civil rights for African Americans and for women of all color. So, I am frankly stunned to find myself in the position of wondering if I will be able to support Barack Obama should he receive the nomination.

There have been numerous statements by Barack Obama that have led me to this position. These include the persistent use of rightwing frames, the naive assertion that he can end the culture war, the repeated and absurd claim that the Clintons are to blame for the partisanship of the 1990s, the trashing of the Clinton presidency, the denigration of Hillary's experience as First Lady, the attacks on her character, and Obama's repeated use of sexist dog whistles. And then there is the shameful Donnie McClurkin affair, as well as Obama's pandering to Christians. And especially, there is Obama's failure to take a stand or speak out against the outrageously sexist media treatment of our first ever viable woman candidate. (To be fair, Obama is not the only one I hold responsible for the failure to stand up for the principles of the Democratic Party. Howard Dean comes to mind.)

Apparently, I am not alone.

When asked if Obama should choose Hillary as his VP, fully 64 percent of Obama supporters said yes, according to Mississippi exit polls.

When asked if Hillary should choose Obama as her VP, a mere 26 percent of Hillary supporters said yes.

And in North Carolina: