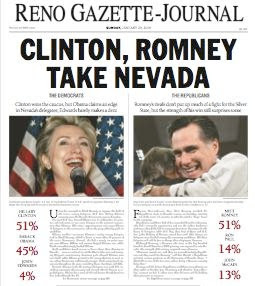 CNN calls the Nevada Democratic caucus, and the winner is Hillary Clinton!

According to CNN entrance polls, 68% of the Nevada caucus-goers are 45 years of age or older, and 58% of them are women.

And on the Dark Side: