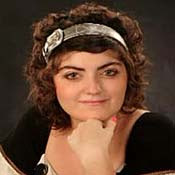 There are no words loathsome enough to describe my feelings for CIGNA!

Update: The 2nd video is ABC News coverage after the girl's death: CIGNA under fire (via Michael Moore).

ABC NEWS: CIGNA UNDER FIRE
Attorney Mark Geragos said he plans to ask the district attorney to press murder or manslaughter charges against Cigna HealthCare in the case. The insurer "maliciously killed her" because it did not want to bear the expense of her transplant and aftercare, Geragos said.

Lawsuit Promised in Transplant Case -- Nataline Sarkisyan died Thursday at about 6 p.m. at the University of California, Los Angeles Medical Center. . . Doctors at UCLA determined she needed a transplant and sent a letter to Cigna Corp.'s Cigna HealthCare on Dec. 11. The Philadelphia-based health insurance company denied payment for the transplant, saying the procedure was experimental and outside the scope of coverage.

Health Insurer To Be Charged With Teen's Murder: Geri Jenkins of the California Nurses Association said the teen had insurance, and medical providers felt comfortable performing the medical procedure. In that situation, the the insurer should defer to medical experts, she said.

"They have insurance, and there's no reason that the doctors' judgment should be overrided by a bean counter sitting there in an insurance office," Jenkins said.

PRAVDA, NEWS from RUSSIA: Girl dies due to CIGNA’s decision not to pay for liver transplant . . . CIGNA said in an e-mail statement before she died that there was a lack of medical evidence showing the procedure would work in Nataline's case.