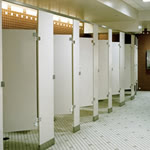 It is time for Republicans to start asking themselves whether there’s something about ceremonial leadership positions that causes their colleagues to collapse under stress.

Larry Craig was co-chair of the U.S. Senate Mitt Romney for President campaign until the recent unpleasantness caused him to resign. Senator David Vitter, the Southern regional chair of Rudy Giuliani’s presidential campaign, got caught with his name on the D.C. Madam’s rolodex. The state representative who was titular head of John McCain for President in Florida was charged with soliciting sex in the men’s room of a public park. And then there was the South Carolina state treasurer who was chairman of his state’s Giuliani chapter until he got indicted on a drug charge.

Does lending one’s name to a Republican presidential campaign create an irresistible impulse to misbehave? Or is this the sort of job people only undertake when they feel a secret need to do penance? . . .

The Republicans, however, are not in the mood to have a thoughtful discussion about how much the demonization of homosexuality tortures God-fearing conservatives who find their sexual impulses at war with the party line.