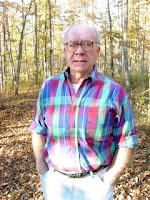 Apparently, some of our high officials don't like it when the public gets involved in miscarriages of justice.

Brittney at Nashville is Talking reports:

An estimated 280 people raised $10,000 [at the Belcourt in Nashville] to help an aging epidemiologist save his Maury County farm from the federal government, which is pursuing an asset forfeiture case against the land after a 2002 marijuana raid.

Bernie Ellis could not make the benefit concert . . in Nashville - he sat in a halfway house on “lock down” after months of daytime freedom as he neared the end of a four-year probationary period. Ellis was busted on the Fly, Tennessee farm he had owned for 40 years with several pounds of marijuana he was growing and providing free to sick and dying friends, all of whom are now deceased. The rumor at the benefit was that a state court judge did not like the Nashville Tennessean’s weekend story about Ellis’ cause, which made the judge look tyrannical, so (the rumor went) the judge locked Ellis down as punishment, knowing he would miss all the fun.

Wiley50 at DU has an alarming update. Life has changed for Bernie since he requested to attend the benefit. He has been detained at the halfway house ever since.

"He has not been allowed to work and it looks like he will not be allowed to return to work (costing him $1,000 in salary). He will also not be allowed to attend his weekly support group and his monthly pass to visit his farm has been denied. He has been put on double work details at the "house", and his only opportunity to leave the "house" will be to attend church services at St. Ann's Episcopal Church (419 Woodland Street; he attends the 10:30 am service)."

How bad does the government want Bernie's farm? Anybody know that judge's name?

"Even if you've been found innocent of a crime, your home, money and personal posessions can be taken by law enforcement, and you MAY NEVER get your property back." -- Read more at the Save Bernie's Farm website