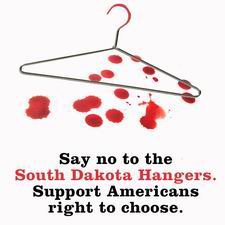 In the previous post about financial aid resources for women in need of abortion services, I mentioned Haven, a group of pro choice volunteers in New York who offer women and girls a place to stay when they must travel for an abortion. Below is an excerpt from a December 2005 piece in New York Magazine which provides more information about this group, as well as the controversial late term abortions available in New York.

There are more abortions in New York City, the Pro Choice Capital, than in any place in the country. With the anti feminist backlash in full force, it looks like even more women will be making the trip. And with our government so intent on making abortion services difficult to obtain, you can be sure there will be an increase in the risky and costly late term abortions, legal or not.

The article includes some practical information such as costs. There is also a frank, and somewhat uncomfortable, discussion about class differences between Haven hosts and the women they aid.

Thousands of women come to New York each year for late-term abortions. A hundred New Yorkers take them in.

It’s not difficult in most urban areas to find an abortion clinic that will treat women in the first trimester, when the vast majority of pregnancies are terminated. But 1 percent of abortions take place after 21 weeks, late into the second trimester, and many of these women must resort to making a pilgrimage to New York City. More late-term abortions are done here than anywhere else in the country. The procedure takes two days from start to finish. There’s a night of waiting in between.

Five years ago, Catherine Megill, a then-23-year-old counselor at a Manhattan abortion clinic, heard about a patient who couldn’t afford a hotel and was going to be sleeping on the street unless someone offered her a couch. Megill offered, and later she began asking friends to do the same. By mid-2001, her project had a name, Haven, and a half-dozen volunteers. It now has about 100 members and is the only group of its kind in the country. “You’ve heard of ‘armchair liberalism,’ ” goes the recruiting pitch. “But have you given any thought to ‘futon liberalism’?” Some 2,000 women have late-term abortions in New York City every year. This year, Haven members have opened their homes to 125 of them (including a 10-year-old).

Most Haven hosts are white, Jewish, well schooled, and political. Some are empty-nesters with beds to spare and memories of the sixties and seventies women’s movement; many are young idealists with matchbox apartments and roommates who don’t mind an extra body crashing in the living room. Meanwhile, most of the women helped by Haven are black and Latina, with GEDs or less, low literacy skills, and not much civic moxie.

I know that, often as not, it’s poverty that has pushed their bellies into the fifth or sixth month. Medicaid in most states won’t cover abortions, and money for the procedure is hard to round up. Ending a seven- or eight-week pregnancy costs about $400. That’s a lot of money to these women. And the price shoots up as the weeks pass and the procedure grows more complex. At 24 weeks, the price is about $2,000 in New York—much cheaper than the $7,000 it costs in New Jersey, but still a virtually insurmountable sum. . . .

“I had to tell myself, ‘Every abortion is the choice of the woman having the abortion. This is about somebody else’s body. It’s not President Bush’s body, but it’s not mine, either,’ ” she says. “Being pro-choice is a morality that takes you morally out of the picture.”