Betty Friedan is best known for her feminist classic, The Feminine Mystique.

The book played a tremendous role in sparking second wave feminism. The 1963 best seller made the point that women are people too, or that women are more than merely the mothers, sisters and wives of men. It was a point that both law and custom denied.

Friedan certainly wasn't the first woman to say it, but she was the first to say it in a national best seller at that moment in her/history. She did her research in women's magazines where she found page after page attesting to the widespread discontent of college-educated white women. She has been criticized for speaking only for middle class straight white women, yet she was hardly in a position to speak for anyone else.

Betty Friedan, who has been called the "Mother" of second-wave feminism, died yesterday of congestive heart failure. She died on her 85th birthday.

Friedan was one of the founders of the National Organization for Women (NOW), the National Association for the Repeal of Abortion Laws (NARAL) and the National Women's Political Caucus. She served as the first president of NOW. 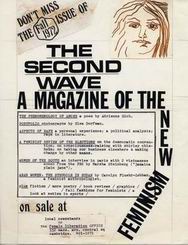 Friedan's work for women's rights spanned issues too numerous to list, such as, abortion rights, sex-neutral help-wanted ads, equal pay, discrimination in the workplace, childcare as an entitlement, maternity leave and the Equal Rights Amendment.

Under Friedan's leadership, "NOW became the first organization to endorse the legalization of abortion."

At NARAL's first national conference in 1969, Betty Friedan delivered a speech entitled, Abortion: A Woman's Civil Right. As the excerpt below illustrates, Friedan's work is far from finished, and her words from the 1960's remain all too relevant.

"The right of woman to control her reproductive process must be established as a basic, inalienable civil right, not to be denied or abridged by the state. What right has any man to say to any woman-you must bear this child? What right has any state to say? This is a woman's right, not a technical question needing the sanction of the state, or to be debated in terms of technicalities-they are all irrelevant. This question can only be confronted in terms of the basic personhood and dignity of woman, which is violated forever if she does not have the right to control her own reproductive process. This is the only way that abortion is worth talking about; we're going to demand it and see what happens..." [Speech given at the First National Conference for Repeal of Abortion Laws, Chicago, January 1969, quoted in Friedan, It Changed My Life, p. 171.]1 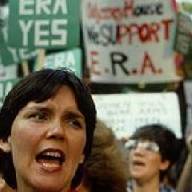 I met Betty Friedan here in Nashville a few years ago, and am proud to say that I own an autographed copy of the Feminine Mystique. If you self-identify as a feminst and you haven't read it, you should. The single biggest reason for the fact that women are condemned to fight the same battles over and over again, is that we don't know our history, and damn the language that always works against us.

You can read Chapter 1 and 2 of the Feminine Mystique online:

"The Problem that Has No Name"
"The Happy Housewife Heroine"

Media Girl, Feministing, and nyceve at dkos have more.