Fierstein on Imus and Hate Speech Against Gays 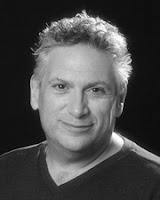 AMERICA is watching Don Imus’s self-immolation in a state of shock and awe. And I’m watching America with wry amusement.

Since I’m a second-class citizen — a gay man — my seats for the ballgame of American discourse are way back in the bleachers. I don’t have to wait long for a shock jock or stand-up comedian to slip up with hateful epithets aimed at me and mine. Hate speak against homosexuals is as commonplace as spam. It’s daily traffic for those who profess themselves to be regular Joes, men of God, public servants who live off my tax dollars, as well as any number of celebrities. . .

What surprises me, I guess, is how choosy the anti-P.C. crowd is about which hate speech it will not tolerate. Sure, there were voices of protest when the TV actor Isaiah Washington called a gay colleague a “faggot.” But corporate America didn’t pull its advertising from “Grey’s Anatomy,” as it did with Mr. Imus, did it? And when Ann Coulter likewise tagged a presidential candidate last month, she paid no real price.

In fact, when Bill Maher discussed Ms. Coulter’s remarks on his HBO show, he repeated the slur no fewer than four times himself; each mention, I must note, solicited a laugh from his audience. No one called for any sort of apology from him. (Well, actually, I did, so the following week he only used it once.)

Face it, if a Pentagon general, his salary paid with my tax dollars, can label homosexual acts as “immoral” without a call for his dismissal, who are the moral high and mighty kidding?

. . . Rise up in righteousness when you witness the words and deeds of hate, but only if you are willing to rise up against them all, including your own. Otherwise suffer the slings and arrows of disrespect silently.