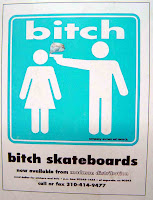 Seven men who are liars, thieves, and bribe takers, and one woman who's a bitch! We know how it goes. The frat house boys at CNN obviously got some complaints and so took the bitch's name off their list of 2008's thieves, crooks and adulterers.

Why are the misogynistic creeps at CNN so hell bent on making Fox News look like the grown-ups?

I like what Greta says about this latest example of extreme misogyny from CNN:

Wait until you read this one about CNN!! (and yes, I will continue to defend women who are gratuitously insulted! I hope you will, too. You should not agree with all their positions on issues because they are women..but you sure should defend the jerks who just want to trash them - whether it be Senator Clinton or Governor Palin - for ratings.)

CNN has since changed the story, but in the first version of the story/slideshow entitled, Politicians who fell from grace in 2008, CNN featured Sarah Palin among disgraced pols such as Rod Blagojevich, Elliot Spitzer, Ted Stevens and John Edwards!

It won't be shocking to note that among the worst sex criminals, bribe takers, liars and thieves in politics for 2008, CNN ridiculously included the name of Governor Sarah Palin. Palin, however, has done nothing remotely like what these other political ner-do-wells have done. She did not take bribes, she did not indulge in sexual dalliances with co-workers or call girls, she did not get booted from her party or lose her job as Governor. She is not under indictment nor does she face jail time, yet CNN includes her in a list with Rob Blagojevich, John Edwards, Kwame Kilpatrick, Larry Langford, Tim Maloney, Elliot Spitzer and Ted Stevens.