Hillary & Barack Photo of the Day 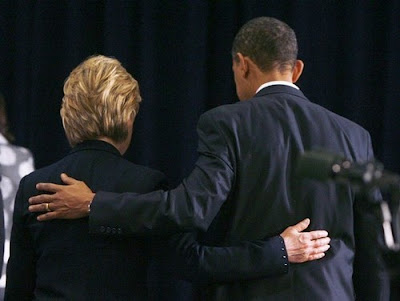 Hillary Rodham Clinton and Barack Obama leave the stage after the President-Elect introduced Hillary as "my dear friend" and announced that she is his pick for Secretary of State. The other 5 national security team nominees, and the VP, trailed along behind Hillary and Barack. Will supporters in the still-grudging 2 camps follow Hillary and Barack's example and bring the divided progressive community back together? Stay tuned.