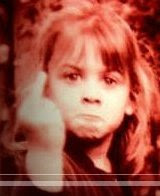 Here we go again. Who better to be in charge of contraception programs than a Family Research Council nut who opposes contraception? I really should be used to the insanity by now. With the insufferable swaggering cowboy in the White House, how can we possibly expect anything other than insanity?

At this point, if anything sane, intelligent and reassuring ever comes out of the Bush Administration, I promise you I will fall into a dead faint.

The Department of Health and Human Services appointed Susan Orr — who has spoken out against contraception — to a post responsible for U.S. contraception programs. Orr, who will be acting deputy assistant secretary for population affairs, has been directing child welfare programs in another branch of HHS. Prior to joining the Bush administration, Orr was senior director for marriage and family at the Family Research Council, a conservative group that favors abstinence-only education and opposes federal money for contraception.

In 2001, she was quoted in the Washington Post favoring a Bush administration plan to drop a requirement that health insurance plans for federal employees cover a broad range of birth control. . .

The administration’s last pick for that office drew similar fire. Eric Keroack was criticized by family planning advocates who objected to his earlier work as medical director of a Christian pregnancy counseling organization that opposed distribution of contraceptives. He resigned in March to deal with an allegation by the Massachusetts Medicaid program against his private practice.

The position does not require Senate confirmation, and HHS still may choose someone else to hold the permanent job as Orr is only being appointed in an acting capacity.