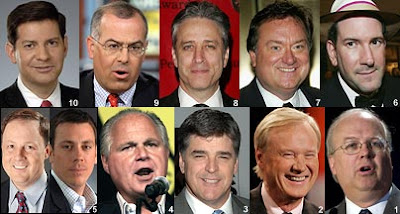 The Top 10 Most Influential Political Pundits in America

Is anyone else weary of hearing every story told from the point of view of the fraternity? It's like looking through an American history book. Oh, but now the white guys are eager to share the floor with black guys. Obama is their hero! The new son of Camelot. Woo-hoo! It's about time. We're glad for the black guys. The fraternity looks so much better with them in it. But it's still a fraternity. And for some of us, it's too f%@king little, too f%@king late.

Here’s to the almost forgotten concept of women having a voice in this alleged democracy. 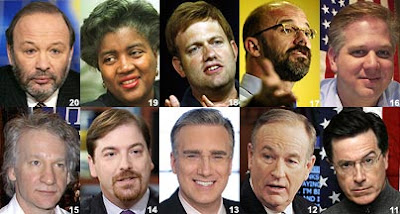 via The Telegraph, UK